I've never attended or watched any of the Pakasa forums (Go here to learn more) but I'd heard a lot about them.The keynote speaker for this edition was H.E Kenyatta Uhuru the current President of Kenya, the chairman of the East African Community and according to Forbes the richest African President with a net worth of $500 million.The theme of the forum was creating opportunities for the youth in East Africa.

I was so there for that. I sent my email request for an invite and got one but was told that queues were going to be nasty and that I needed to be there by 6am. I am not about that life so I watched it from the comfort of my living room.Here's few of my observations and thoughts on the event;

1.Everyone was singing the entrepreneurship song! Everyone was talking about building a business and creating jobs. This is all very well but y'all need to know that not everyone is cut out for this. Infact ,MOST of us are not entrepreneurs. To start and grow a business requires a particular set of skills that very VERY few people have (and school can't give you). In a country where up to 90% of businesses collapse within the first year, we need to start thinking and doing differently perhaps. Do not go into business because it's a fad. Most Ugandans are not aware of the extent of their entrepreneurial ability and  do not carry out a market survey to determine the viability of their venture. They start businesses just to exploit what initially looks like a potentially profitable business opportunity only to realize later that they do not have what it takes to become an entrepreneur. How can this be solved? No ideas here. Ask me after I've finished a year doing my dream MBA, if and when I find a sponsor for it. (Shameless plug!)
And for all the "successful" entrepreneurs that were present, *side-eye at that dude making UGX 50million annually off 4 acres of land* I have this to say;

2.You must save. Most of the speakers, immediately after singing the entrepreneurship song, they went; "youth must learn how to save". Dude,you are speaking to almost 10million people, 60% of whom are unemployed ergo no money, what do you suggest they save, sweat,ideas?! NEXT please. My advise, you think you have a viable business idea(ati you have insisted on this business thing) borrow or better still, look for someone who believes in you and this idea;an angel investor. Good luck though, those are hard to come by.

4.We should stop looking to the government for help. Wait,What!! Why are people telling themselves this. It's like going to a hospital, paying for treatment and medication and then sitting back and saying "I need to get better by myself, this hospital can't help me, it is not the doctors responsibility to make sure I get better".
You people need to wake up and smell the coffee. You pay tax, every single one of you. Even if you are not employed,you pay VAT, ON EVERYTHING;clothes,sugar,fuel,matchboxes, EVERYTHING!!! You voted this government into power *coughs*, You are a law abiding citizen (if you're a thief, no one can and should help you),the government owes you. Look at the Americans, they know this. That's why things like this happen. And to think there's is just 10% now. 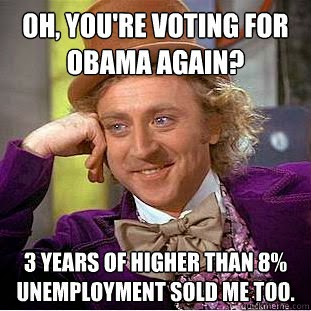 I love that when Uhuru spoke, he put this crop of naysayers in their place. THE GOVERNMENT ARE FACILITATORS! I was like tell em. PREACH homie!

Know your rights people. Do not abdicate the government of it's responsibility. There's a lot that the government can and should be doing to help youth 'create' opportunities. Tax breaks for example, why are they privy to only some investors(local and foreign). At the moment, every venture pays an income tax. This should be reserved for only profit making ventures. If I declare no profits for that year, I pay no tax. Whether am lying or not is up to how badly I do not want to see the inside of a prison cell.

3.Uhuru. God,This man. He is eloquent. I have never really sat and listen to him give a speech and I regret this. It's already a year into his term! He was rolling off numbers off his tongue just like that, cracking jokes (that are actually funny), being real and connecting with the audience. He was lively and vibrant. In 5 minutes flat, I was a converted! Am a believer. Kenyans can't tell me nothing. Y'all have an Obama right over there. If his policies suck and he's corrupt, it's OK. He'll explain your anger away. No wonder there was no uprising after Westgate for better security. He must have constantly soothed the nation with verbose.
When Robert asked him about coming to Uganda more often, he said he hopes to see more of the country when he retires. RETIRES?!! An African President! Talking about retirement! For someone who has had the same President since my birth, I was in shock. Presidents hope and plan for retirement? Like Pope Benedict? Retirement?! I was like, did he just say that? He did?! He's the man! *applause*

He spoke truth's about Oil production, the East African Community, cross-border trade and believing in oneself. He had me in front of my TV like;

4.The moderators. Lord have mercy, where do I start? For one, when Forbes says one has a net worth of $500million, that does not mean that that is what they have in their account. How can you even think that? *bangs head on table* The moderators were dry and the discussions were all over the place like this post is so no hate. I know it's hard being thorough and concise with such a vast topic but for an event that's going to be broadcast worldwide; PREPARE! Research like your life depends on it. This should not happen to you: 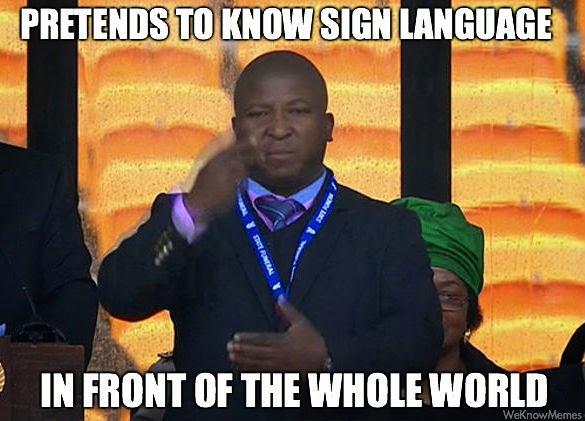 5.Notable Attendees: The Sudhirs. He gave comment about how Ugandans just want to ladder climb undeservingly(This is not a word!). Fagil Mandy, who said youth are physically too weak to prosper. Y'all need to hit the gym! Alot more was said by both but by then my mind had been numbed by most of the audience's submissions and then horrified by let's call it limited knowledge *ignorance* of the moderators.

6.Notable Unattendees(again, not a word just go with it *could have said notably absent but i dont care*): Our very own President, Members of Parliament, of whom 5 are representatives for youth,Not a single member of  the Uganda Parliamentary Forum on Youth Affairs,The state Minister for Youth and Children affairs, Ronald Kibuule. What is wrong with these people? Who voted them?! Why do we pay these people?! Perhaps they live streamed the event on their government bought iPads. We want proof!!!! We want our money!!!!!This is why we can't have nice things. My country needs help.

To Robert Kabushenga, Vision Group CEO, In-spite of the glitches and delays, this was well executed. Well done. For next one, we'd love to have Aliko Dangote. 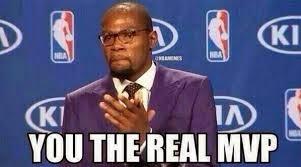